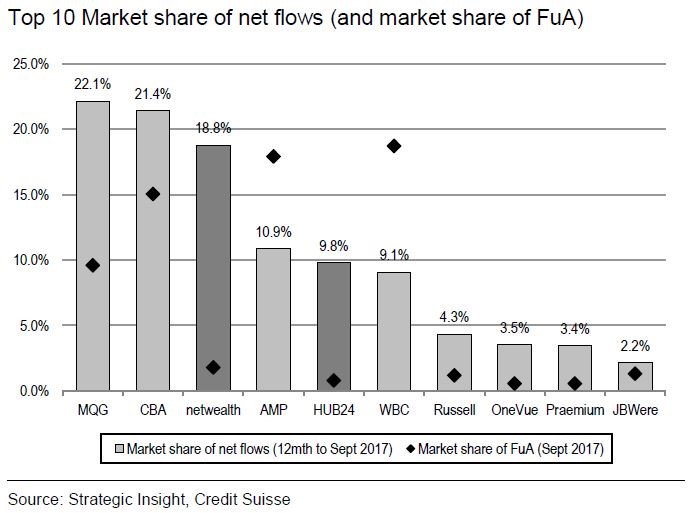 As you may be aware, CFS (Colonial FirstState) is one of our providers of choice. There are many reasons why but today’s article is not about that.

I know that some of you have questioned “WHY” we use CFS particularly in light of the findings into Commonwealth Bank’s disgusting behaviour exposed by the Royal Commission.

In 2000, when CBA bought Colonial State Bank and its wealth manager, Colonial First State (CFS), CBA hired me (Chris Cuffe) as a consultant on the deal. One of my roles was to determine how much funding CBA could source from CFS portfolios. CBA expected CFS fund managers to invest more into CBA deposits.

It showed a fundamental misunderstanding of the responsibility of a fund manager to act in the best interest of its investors, not the bank’s shareholders. The CFS fundies explained their fiduciary duty and told me where to stick my bank balance sheet. Ouch!

The confusion arises because a banker is not a fiduciary in its customer relationships. A bank is entitled to prefer its own interests above those of its customers, and the bank generally has no duty to advise customers of a more advantageous deal. Banks offer lower deposit rates and higher lending rates to existing customers than new customers without any compunction.

There is therefore inherent conflict when banks own wealth management businesses. To some extent, it can be managed by strict rules about conflicts of interest, but there are cultural differences. In 2011 when CBA paid $373 million for Count Financial, it was driven by the assumption that Count clients would go into CFS funds and platforms. It never happened, and now CBA has run up the white flag and given up on wealth management. CEO Matt Comyn explained:

“(CFS Group) will benefit from independence and the capacity to focus on new growth options without the constraints of being part of a large banking group … It also responds to continuing shifts in the external environment and community expectations, and addresses the concerns regarding banks owning wealth management businesses.”

In fact, it does not address the main vertical integration concerns about funds management and advice in the same corporate structure, and it passes that problem to the next management team. In commenting on the word ‘independent’, ASIC said that under s923A of the Corporations Act, a licensee can only describe itself as independent if it is operating without any conflicts of interest.

CBA had a harder decision than ANZ and NAB, as its wealth business is more substantial and successful. As the following chart shows, CBA entities not only have a much larger market share of funds, but they are doing well on new flows. The chart (the picture highlighting this story) also shows why Hub24, netwealth, OneVue and Praemium are sharemarket darlings, gaining more flows than their market share.

Our plan “c” is that we have been trialling and using a number of the other platforms mentioned above to see if we can utilise them to provide the same standards of service as CFS but to not have a dominant platform from a business risk perspective.